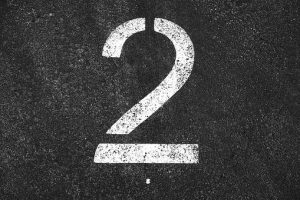 How to profit from the 2up offer

Bet365, Paddy Power and Betfred shops all run an excellent football promotion known as the 2up offer.

Simply find a close match between the bookie and exchange odds, then back and lay your selection.

Here is a selection of Italian football matches. Comparing the odds, Napoli is the closest odds match at 1.45 to back on Bet365 and 1.46 to lay on Betfair exchange.

Ideally, find an arb or a close odds match (e.g. 2.0/2.0). Keep qualifying losses to a minimum because the 2up offer will rarely trigger.  However, when it does trigger the profits are big!

As an alternative to backing and laying, backing all three possible outcomes at different bookmakers could be a great strategy. Use the Trickybet 3-way dutching calculator.

For example, Everton versus Man Utd, assuming a £10 stake on Everton:

Regardless of the result, the maximum loss is £0.06 if the match result is a draw.

Dutching also avoids paying unnecessary exchange commission. Ideally, our 2Up dutch bet would include Bet365 and Paddy Power – to qualify for 2up at both bookies.

Back, lay and hope

A popular strategy is to matched bet on a team and wait to see if 2up triggers.

a). Back England at the bookmaker

a). Lay England at the exchange

In this match, the bookie pays out when England go 2-0 ahead, but your exchange bet also wins.

Basically, you won both the back and lay sides of your matched bet for a good profit.

Back, lay and wait to trade out

Other matched bettors prefer to take an active role in their 2up bets. Back and lay as normal.

The exchange automatically calculates a back bet on the current odds, which trades against your existing lay bet. The Trade Out or Cash Out feature offers the same locked-in profit regardless of the match result. However, by using these features you do sacrifice the chance of a larger payout.

Also, please remember that the exchange trade out features include all your exchange bets on that match.

Example of a 2up trade out

Therefore, you could have cashed out Watford at the exchange for a guaranteed smaller profit than the back, lay and hope strategy.

In this particular match Everton won 3-2.

Key points for 2up

It is important to meet the qualifying criteria before placing your matched bets for 2up. These are the key terms for each 2up offer with different bookmakers:

The Bet365 version of 2Up is called “2 Goal Ahead Early Payout Offer”.

Paddy Power were the pioneers of the 2 Up offer with their “2up You Win” promotion. The key points are as follows:

As at late 2019, Paddy Power 2up is also available on Paddy in-shop self-service betting terminals

Do not lay your Paddy Power 2up bets at Betfair exchange. This will help to avoid a Paddy Power gubbing.

Betfred betting shops have a printed coupon named “2clearandcollect”, which is available in midweek and weekend versions each week.

Here’s the key points for 2clearandcollect:

Betfred 2clearnandcollect odds are often worse than online bookies. However, it’s worth checking one hour before kick-off time, when the exchange lay odds move around – you might find some arbs or good odds matches.

The 2up offer is so popular that the bookies have expanded in to different sports, such as Bet365 with 2 sets up on PDC darts and 14 points up on NFL American football.

The 2Up offer is a fantastic matched betting opportunity.  Minimise your qualifying losses, then the profit potential is huge. 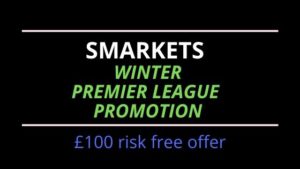 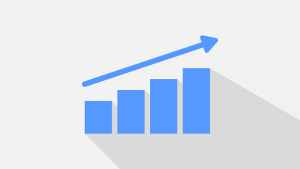 How to profit from Betfred Pushes 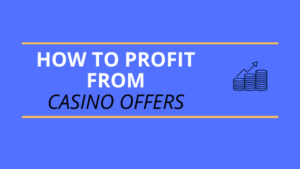 How to profit from casino offers 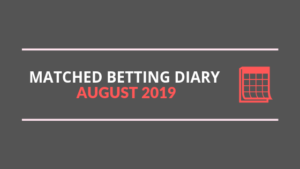 We use cookies to give you the best experience on our website. If you continue to use this site we will assume that you are happy with it.OkPrivacy policy